The Ladies of Deer Crossing, Part 1

Potent Pictures, the producers of the feature film, DEER CROSSING, will be holding an event on November 20th (check previous blog posts for details).  In honor of that event we'll be giving you some insight into the cult goddesses, both established and rising, who are involved with the project.

Here, in part 1, you'll get to see a bit of background on the characters.  In the special issue, due out next week, we'll feature interviews with some of the actresses who play the roles.

This year at Thanksgiving, you'll have something cool...and free...to be thankful for. 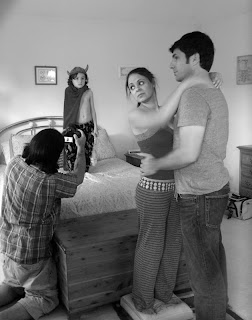 Laura Lynn stars in this riveting crime drama as Maggy Chancelor the missing wife of Dr. Chancelor (played by Warren Hemenway) and the captive hostage of Lukas Walton in Carvin County. Maggy is in a less than hopeful situation when she leaves for the Poconos with her son Cole and ends up hitting a deer on the road leading to an almost fatal car accident in the woods. Maggy and Cole are picked up by a stranger passing by and goes on to be tortured for the next eight years in a maniacal farmer's shed as he raises her son Cole to be his own. 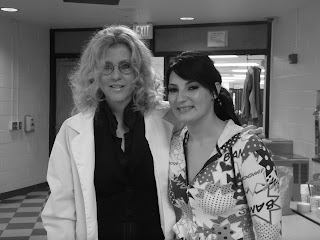 Tina-Desiree Berg - "Jessica Havens"
Jessica works at the hospital with Dr. Michael Chancelor and is the woman of whom he is having an affair with. When his wife and child go missing Jessica Havens didn't hesitate to become Dr. Chancelor's live-in girlfriend.
Facts: Director Christian Jude Grillo refers to Tina-Desiree Berg as "Potent West" because she lives in California and does what she can to promote him there. Grillo and Berg met at a California film festival when Grillo produced a film entitled "Belial" about five or six years ago. Though the two remained friends they never had an opportunity to work together until Deer Crossing.
Erika Lynn Gresson - "The Naked Victim" 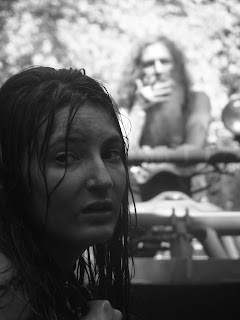 When Maggy Chancelor questions Lukas Walton, "Were there others?" of women whom he held captive and tortured there was one in particular. Erika Lynn plays a naked victim in a flash back sequence in which she escapes from the Lukas's shed and is on the run... but she doesn't get far.
Facts: This was Erika's first film and she's in for a bright future in acting. She showed a lot of natural talent in acting. She even mastered such talents as crying on queue immediately. The director held her audition in the back of his home. Erika was so convincing as a victim that before the director knew it the worried neighbors called the cops and three cop cars were immediately in his drive way. 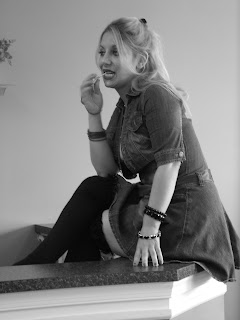 Raine Brown - "Tanya"
Raine Brown plays a cameo in Deer Crossing as the lovely "Tanya" who's come to Gail's salon in search for employment. Employment in Gail's salon could mean one of two things: She wants to be a hair dresser or one of Gail's flavorful prostitutes. You can make your guess about which one it is when you see the film.
Jennifer Butler - "Gail Kennedy" 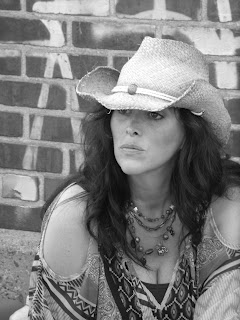 Gail is one of the top villains in Deer Crossing, the leader of her father's motorcycle club and the top drug queen pin in Carvin County. She also owns and operates a beauty salon which serves as home base for all her drug moving and prostitution antics which she runs with her favorite "worker" a gender-bending, knife-handling demon with an eye patch named Dick (but he prefers to be called Randy). 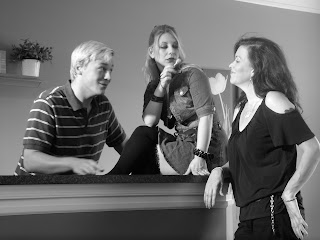 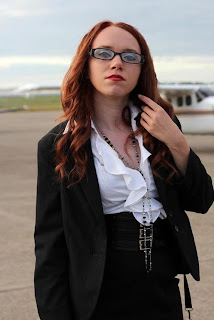 Carmela "Roxsy Tyler" Hayslett - "Olivia Brice"
When the police find it hopeless to get answers from their lead weakness they called in Olivia Brice, a special interrogator who looks way to young and unsuspecting to work for the police. This is Olivia's charm. She thrives on the fact that her male peers on the police force always underestimate her leaving her to be the "actions speak louder than words" type of personality. She's a master at making people talk and the funny things is that she makes it look so effortless and easy. Olivia Brice, a fiery red-head who smokes way too much!
I would love to take credit for this collection of writing and photography, but the bios and photos were supplied by Potent Pictures.  The bulk of the photography was done by Carmela Hayslett and Miss Hayslett's character photo was captured by Christian J. Grillo.

You've already read an interview by Carmela "Roxsy Tyler" Hayslett in a previous CGM blog.  We have a new interview with CGM alumn, Tina Desiree-Berg and at least two more interviews for the special edition of the magazine, which I hope to have online by Monday, November, 14.  That will comprise Part 2.
We'd also like to be able to give away FREE CD-R versions of that special edition.  Being able to give away the hard copies free can be made possible by special sponsors.  Anyone interested in having their advertisement or movie trailer included please contact me at hocfocprod@aol.com