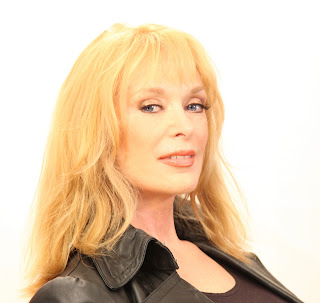 Sybil Danning stars with Chad Cherry and THE LAST VEGAS and produced the Rock/Heavy Metal Band’s Music Video new single, THE OTHER SIDE!
Sybil: “I loved working with Chad and THE LAST VEGAS, who are Hot, Sexy totally talented and Rock, on "The Other Side" music video which was the ultimate in class act professionalism. I’d rather be in hell with TLV, than in heaven with Mother Teresa. Mick Jagger once said, 'It's all right letting yourself go, as long as you can get yourself back!' With THE LAST VEGAS, I went to The Other Side! A good thing never ends!."
Chad: "Filming the Video with Sybil Danning in Chicago was wicked and another chapter in TLV mayhem. See you all on the Other Side!" added Cherry.
The Other Side" was recorded and produced by Grammy nominated Johnny K (Disturbed, 3 Doors Down, Staind, Airbourne) at Groovemaster Studios in Chicago, IL along with a full album's worth of material.
Fans stay tuned where to get your own copy of "The Other Side" EP in the very near future.

See the video now!
Keep checking back for updates on past and future Cult Goddesses and information on new episodes of CGM-TV and new interviews and comic pages.

Email ThisBlogThis!Share to TwitterShare to FacebookShare to Pinterest
Labels: the last vegas sybil danning chad cherry the other side video