Have you ever wondered what type of person it takes to scare you?  The kind of person who can weave a tale that draws in, makes you care about the characters that occupy this darker version of the world and then hurls into moments of terror.  Lyn Gibson is that exactly that type of person.

She is not just an author of vampire stories, but an actual vampire historian, so she knows her subject well and uses that knowledge to great effect. 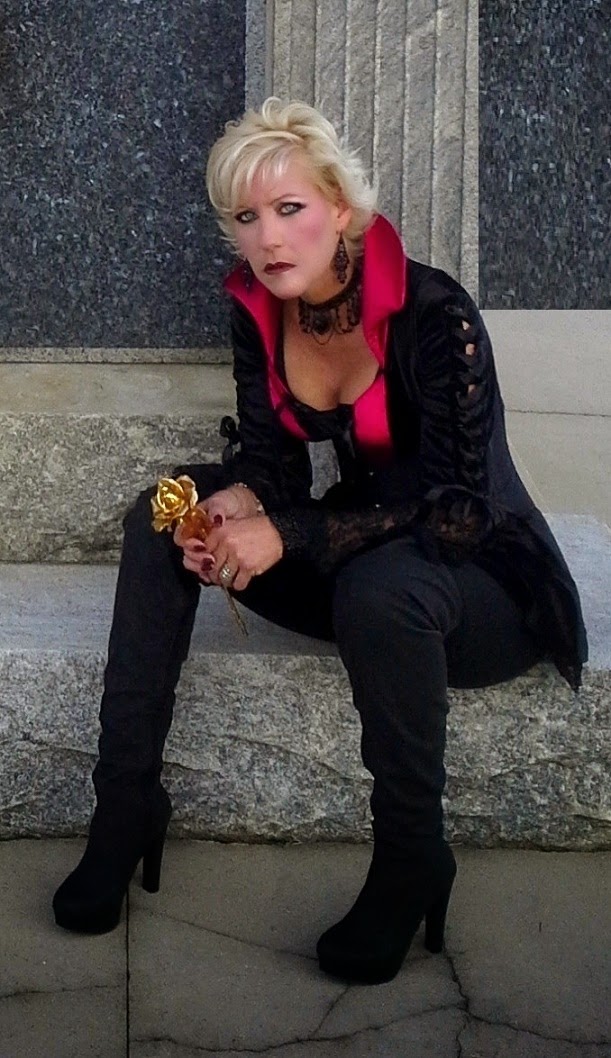 CGM: You are a Vampire Historian. What does that entail and how does one study to become a historian of vampires?

LYN: Yes, a Vampire Historian! Vampire legend and lore are fascinating to research, but one has to be driven, very driven to find the truth.  Many hours of research go into a legend; collaborating facts must be discovered from several different sources before investigating further.  If there is enough validity found, the legend is then documented and earns a place on my blog site.
I have always, even as a small child, been intrigued by creatures of the dark, the immortals seemed to be the most alluring of all.  Having been "dubbed" with the title actually occurred later in 2013.  Upon signing a publishing contract with DPInk February of that year, there would be nearly a year's wait before the first installment of my series would re-launch through the Publishing House.  Within the terms of my contract was a clause which stated that I needed to blog 3 times weekly within my genre; researching the history of the Vampire had begun!  Since then I have amassed just under 59k followers worldwide on my blog.  I have had the pleasure of speaking with other researchers, reporters, college Professors and, of course, other enthusiasts from all over the globe in reference to Vampire history, many of them now reference my work within their own research!

CGM: How did being born and raised in the deep south affect your vision of the vampire genre?

LYN:Many haunting legends can be found within the history of Southern Louisiana, legend and lore are but a part of life here.  We all have knowledge of creatures that exist only within the mist covered bayous and swamps of the deep south; Vampires are of course a part of it all!  Less than an hour from where I live now lies New Orleans.  The French Quarter harbors 3 of the greatest vampire legends ever, one of them has roots in many other countries and cultures and spans a time frame of over 300 years.  The Comte de Saint Germain has left a footprint of documented evidence through history and is still said to roam the streets of the French Quarter in the Ursaline area, where his home of 1902 still stands.
Having had such magnificent legends etched into my young mind set a path for me that endures until this day.  I have ever since been a fan of horror, the 80's were a fantastic era for the genre!  It was, however, more recent releases that motivated me to put my storyline down in ink!  The Twilight Saga infurated me!  Don't get me wrong, the series encouraged our youth to read, and that is an awesome thing, HOWEVER: Vampires do not sparkle!  What is depicted in the series is a watered down and more socially acceptable version of the Vampire.  The adult world had grown weary of these teenage love lorn vampire "wanna bes", with the release of "To be His Soulmate" a more accurate depiction of the Vampire was resurrected.  Later the following year the sequel, "Adrians' Fury", would be released, further fueling the bloodlust within my fan base.  Its successor and the final installment of the Trilogy, "Adrian's Legacy" would follow at the end of 2014, and the frenzy then kicked into a whole other gear! 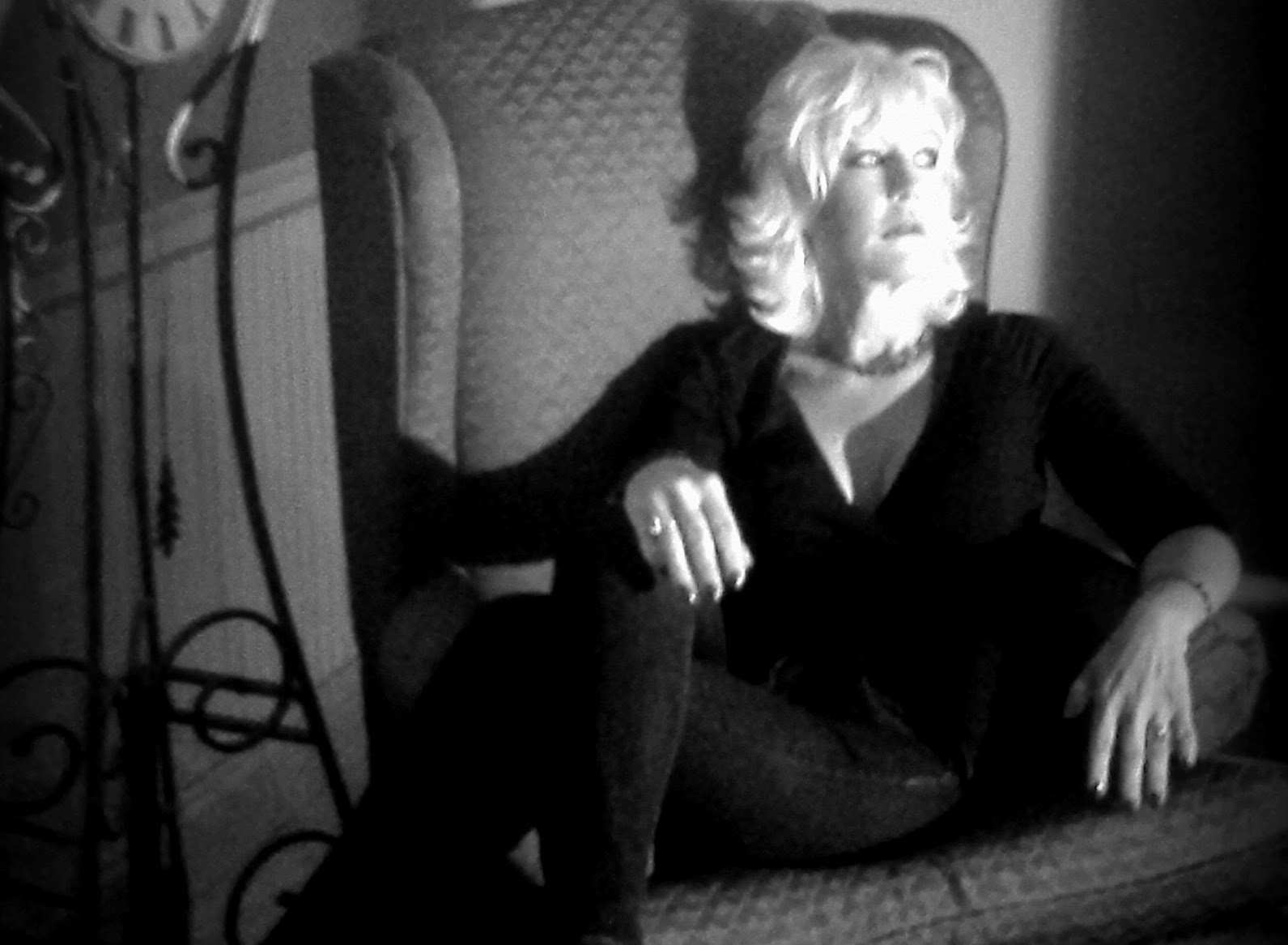 CGM: “The Adrian Trilogy” has been described as showing both “the seductive and malevolent characteristics of the vampire”. Which do you think draws your readers more to Adrian?

LYN: Each reader has different motivation, The Adrian Trilogy is compelling in all venues.  Some originally have interest in the series because of the sensuality, others are initially drawn to the books because of the bloodlust.  In the end, the feedback and reviews reveal that the readers find it easy to associate with all of the characters, including Adrian.  What I deem as the greatest compliment is the fact that the fans relay that they can "see" everything within the books; this is what draws the readers to come back for more!  The series has a fantastic balance of romance and violence with a storyline that my readers find quite addictive.  Though The Adrian Trilogy is fiction based, there are local legends and lore interwoven throughout.  Fans all across the deep south enjoy being able to associate with the storyline and landmarks mentioned within the series while my foreign fan base enjoys experiencing the "taste" of our culture, which is unlike any other on the planet! 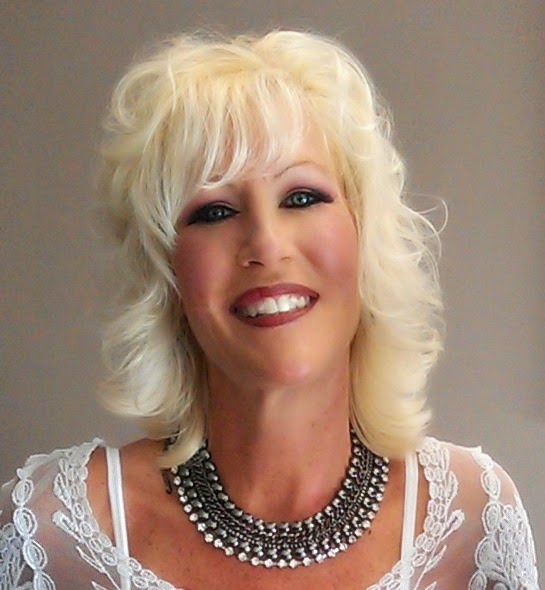 CGM: Your very first shipment of books sold out within 24 hours. How did that make you feel? Were you ready for it?

LYN: I was actually numb!  It was as if I was walking around in a fog!  The Publisher could not keep me stocked in books!  We were NOT prepared for the demand, and it has happened 3 times now!  My dining room is filled with cases of books the day of a launch, by the end of the day it is filled with books in shipping packages ready to go all over the world.  The UPS man hates me!  My husband now meets him at the gate with a dolly and a bottle of water!
It didn't stop there.  I was concerned that once the entire Trilogy had been put into print that the orders would soon start to dwindle, NOT!  The difference now is that I am not shipping 1 book at a time; the demand is for the entire series!
There is a certain sense of pride and accomplishment to see the series in print, but words cannot explain the overwhelming emotions of knowing that readers love my work and are begging for more!  Author tease: A prequel may materialize in the near future!


CGM: All three books in the Adrian Trilogy are available now. What’s next for you as an author?

LYN:As an Author I will stay within my genre, there are a ton of wickedly evil and bloody tales yet to come!  I will be self-publishing a new book in the next few weeks, You guys are the first to have the announcement in print!  Short & Gory is not at all like the Adrian Trilogy in as there is no romance, legend or lore; it is straight up blood and guts!  If you are not a fan of the Gory, you will NOT like this book!  Within its pages are 5 stories filled with horrific creatures and nightmarish scenarios that will inbed into the mind of the reader.  The characters within the stories are based on folks that you and I can associate with easily; to pun an old phrase-You never know what's going on behind your neighbor's front door once it closes! 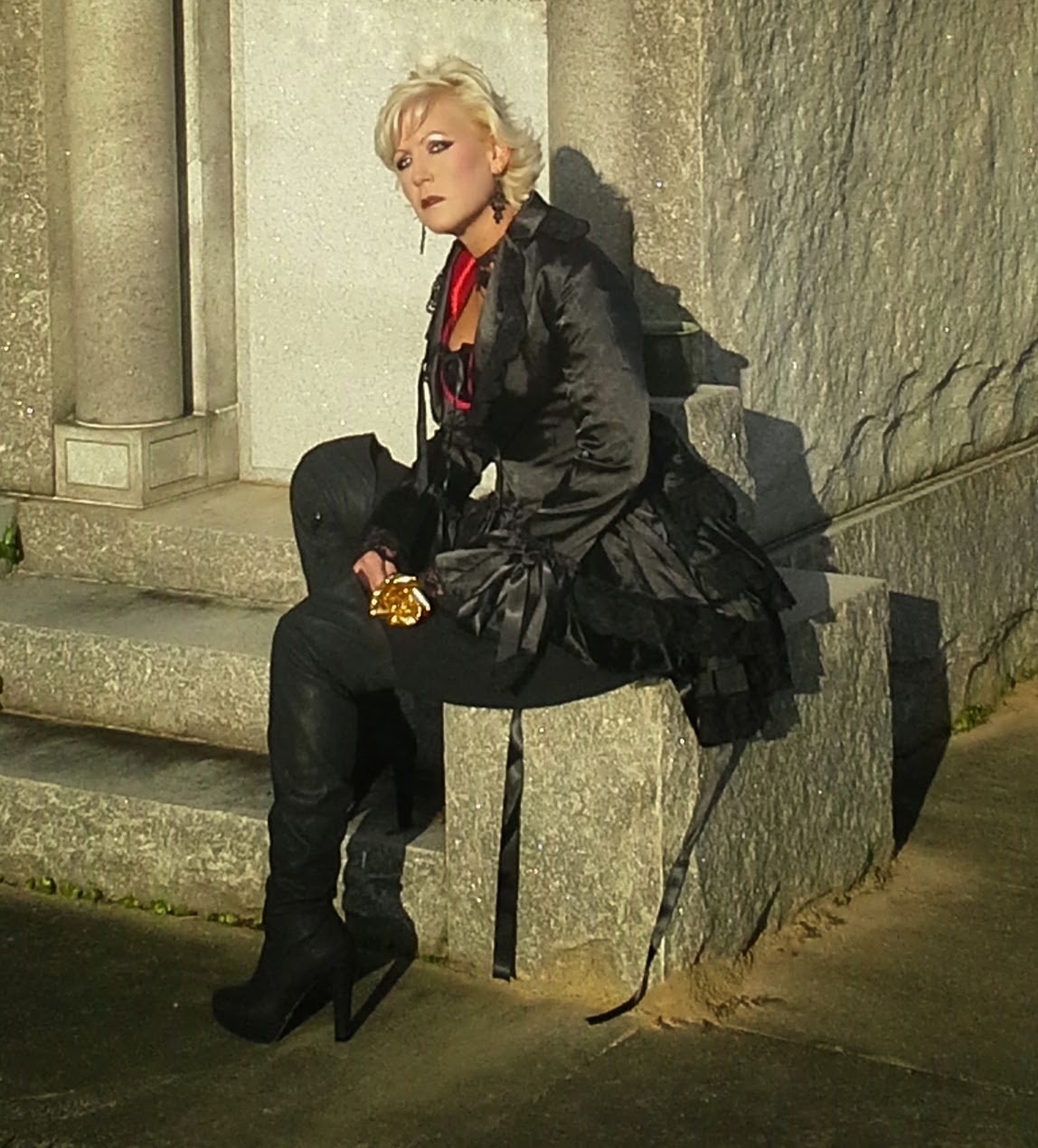 CGM: So, you're expanding your reach as a writer, but will you continue to write about vampires or are there are supernatural and dark subjects you’d like to tackle?

LYN: There will likely be other novels based on the immortal in my future, but at the moment I am completing my 5th novel, also within the horror genre, but different from anything that I have written in the past.  It is a fiction based on truth that will rattle the foundation of both religion and history.  This release will be quite controversial and will likely create a backlash of historical proportion.  I have spent the past couple of years researching ancient religious texts as well as several of the books deemed too controversial to have made their way into what we now know as the King James Bible.  Let me tell you, the truth is much more terrifying than fiction!  Hold on tight; this one is going to be one Hell of a ride, perhaps CGM will have the exclusive on this one's release!

CGM: How can people follow your career and find out where to meet you in person?

LYN: Fans can follow me on my blog sites, facebook fan pages or my personal website.  (Those are clickable links.  Full list at end of interview.)
Announcements are made on upcoming appearances on all venues.  2015 is shaping up to be a very busy year for The Adrian Trilogy.  Appearances are being schedule up through 2016 with the addition of the Adrian Trilogy dragster which is nearing completion as we speak!  This fire breathing beast will be alongside me at horror conventions, nostalgia racing events and other privately scheduled events all across the country!  The dragster, inspired by the series ,is a 16 foot monster that is adorned with accents based within the horror genre; this is no Grandpa Munster roadster!  She has been built to NHRA specs and will top out at well over 200 mph!

CGM: Where can our readers buy your books?
LYN: The Adrian Trilogy can be purchased online at all major book vendor sites.  Barnes & Noble, Amazon, Books-A-Million and others as well as the publisher's site at DonnaInk.com.  If readers would like to purchase autographed copies they can message me through facebook fan pages.  Short & Gory will be available on Amazon upon its launch and other major book vendor sites will follow a few weeks thereafter, and of course, autographed copies will come directly from me!

CGM: We have found that most of our Cult Goddesses have worthy causes they support.  We encourage them to share those causes with readers.  Which cause or charity is near to your heart?
LYN: My husband and I are supporters of "Wounded Warrior."  We are both Military Vets, he from the Navy myself from the Army.  There is no more noble cause than to support those who have given of themselves so freely in our defense.  Unless you have worn the boots of a soldier, you have no true vision of the horrors that exist in real life.  Support our military just as they support you!